Marsan Property and Real Estate Management offers full service and personalized management services at competitive rates. We specialize in the management of single-family homes, townhouses and condos in the Greater Orlando areas.

We help owners maintain and market properties while finding eligible tenants to produce income from their investment property. We excel in managing, leasing, and selling properties in the Central Florida area.

Our goal is to maximize the return on your rental property investment while providing friendly, professional property management services. We strive to find qualified renters who pay rent on time while taking good care of your property.

We manage each property as if we owned it ourselves and we aim to provide you with the peace of mind that comes with knowing your property is in good hands. We give our clients the ability to leave the hassles and headaches of managing their property behind and enjoy the return on their investment while we take care of all the hard work.

We are very active in various international markets. We not only have contact in the United States and Canada, but throughout Asia, Middle East, Europe and South America. We supply all the relevant information to you, the homeowner, and work on an “open book policy” where all rates are received, and passed to you first hand. We work on a standard commission rate of 15%.

Our staff is knowledgeable on all aspects of running and maintaining a vacation rental to our highest standards.

Why should you choose us?

We believe choosing the right company is very important and here at Marsan Property and Real Estate Management, we put together a package which helps and guides you through any questions or uncertainties that you may have. We have all the knowledge that is required to assist you in the various licenses that are needed to meet all the legal requirements, even if you are thousands of miles away.

1. We provide a complimentary rental analysis of your property to determine competitive market rental rates.

2. Short Term Vacation License, Local and State Tax licenses, Annual 1099s and 1042s: We have a specialized team in place who can administer and apply for these on your behalf.

4. We employ a fully licensed and trained leasing staff.

5. We handle the deposits and monthly rents from our tenants and provide timely direct deposit to our property owners.

6. We utilize state of the art accounting software to provide you with accurate monthly financial statements and reports.

7. We conduct routine inspections of the property while occupied by a tenant to ensure that your property is always well maintained.

8. We communicate directly with the tenant to provide maintenance coordination for any property repairs. We utilize our well-established relationships with reputable vendors and contractors saving you time and money.

9. We offer the most comprehensive tenant background screening service, including credit, criminal, rental history and eviction background checks along with verification of income and employment information.

10. Tenants that we place on properties that we manage come with our tenant eviction guarantee. This gives you the added peace of mind.

11. We have a clear fee structure with no hidden fees or cancellation fees.

12. We adhere to all local, state and federal laws regarding property management to ensure legal compliance for all operations.

Orlando is the place, now is the time!

What makes Orlando so unique it’s location. You are only an hour away from the East coast and West coast. With warm sunny climate, Orlando is unique with a 52-week rental season.

Walt Disney World is the number one tourist attraction in the world. The Orange County Convention Centre is the second-largest convention centre in the nation.

Orlando is the number one tourist destination in the world, having more than 57 million visitors each year, which generates more than $27 billion in revenue.

We want to take care of, and look after your long-term investment for the future, while taking away the hassle and pressure of maintaining your property from afar.

It is our pleasure to provide you with the peace of mind that comes with knowing your investment will be well maintained. 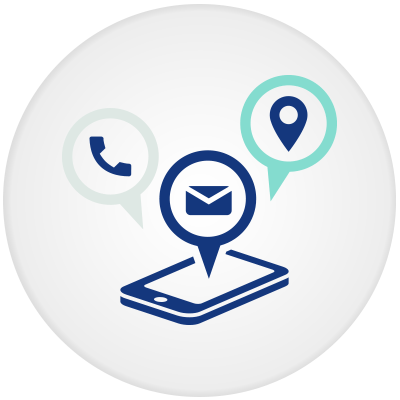 Find out more about the best investments in real estate!